Our monthly surgical assisting newsletter is sent out to bring you news and stories helpful and interesting to your career. We will also be featuring students and graduates to give you a closer look at our program. Sign up today to get on the mailing list! 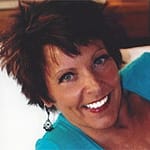 In this issue, we feature RASA student Rudi Fritz, who appeared as the surgical tech in the TLC TV show Skin Tight. Each episode in the series follows two people who have lost massive amounts of weight, either through gastric bypass surgery or dieting/working out, and then have surgery to remove excess skin.

“An increase in the number of weight loss surgeries in the U.S. is beginning to have a ripple effect in plastic surgery,” reported the American Society of Plastic Surgeons in June 2015. “Procedures specifically associated with massive weight loss, including tummy tucks, thigh lifts, breast lifts and upper arm lifts, grew at their fastest rate in four years in 2014. That follows a similar increase in the growth of weight-loss surgeries.”

So this month we bring you some resources on plastic surgery following significant weight loss.

Test your surgical terminology knowledge with our monthly crossword puzzle:

Think you figured out all the answers?


Check it against key!

Here’s an interesting short article and infographic from Forbes.

Rudi appeared as the surgical tech in the TLC TV show Skin Tight. Each episode in the series follows two people who have lost massive amounts of weight, either through gastric bypass surgery or dieting/working out, and then have surgery to remove excess skin.

RASA Education: Current student; need to complete some of my cases.

What made you want to become a surgical tech?

I worked as a medic in an ER, including with people who had smashed through windshields because they thought they didn’t need a seat belt. It was my goal to be able to help those people with plastic surgery. I got a bachelor’s in health science and have been a surg tech for five years. Plastic surgery is my life. Putting people together: reconstruction, plastic, cosmetic.

What was it like to be part of the TV show Skin Tight?

The show is a about people who have lost large amounts of weight and afterwards have to rebuild their bodies. It contains a lot of background about the patients and their journey. Each patient had two six-hour surgeries, including a circumferential body lift. Parts of each surgery were filmed. I was the only surgical tech on the show and was in all the episodes, but it felt more like working in an OR than being on a TV set. The filming was done at Stonegate Plastic Surgery in Austin, TX.

How have you benefitted from the RASA training?

I was already functioning as an experienced first assistant when I started, so for me RASA is a stepping stone to get certified and say I’m legitimate. In a private setting, it’s whatever the doctor wants me to do, but it’s important to get certified for insurance cases in the hospital.

We posted a sale on our Facebook page! Send in your application by October 31st, to start in the November 1st start date, and save $250. This is our (no tricks) “just treat” Halloween celebration for being on our surgical assisting newsletter!